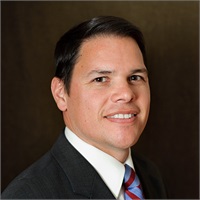 Mr. Seneca is a finance veteran. Mr. Seneca developed his extensive finance and investment experience as an investment banker with Goldman Sachs and Deutsche Bank. At these two prestigious institutions, Mr. Seneca conducted due diligence and engineered complex financial valuation models for IPOs, M&A and private equity transactions. He continued his excellence in finance as a Director of Corporate Development with Sprint Nextel in which he executed 100’s of millions of dollars in M&A transactions and investments. Mr. Seneca also served as president of a 1,000 acre golf course real estate development which received national honors. In addition, to his career highlights Mr. Seneca serves as an adjunct finance professor at Virginia International University in the Washington D.C. area. Mr. Seneca has a national clientele with clients in the west and on the east coast. Mr. Seneca has a BA in economics from Brigham Young University and an MBA from Columbia Business School. He is an avid golfer and is fluent in Spanish.